There’s plenty of time to mentally arm yourself against holiday weight gain! The holidays count for 51% of weight gained throughout the year. Will you fall victim to the pudgy side effects of day after day of excuses?

Eating is a social thing, so naturally your dietary habits have a lot to do with the people in your life. This week the website Cracked rounds up the eight members of your posse who are pushing the pounds on you and how they do it. So while it’s unlikely you’re going to shove these eight people out of your life for the sake your waistline, the article’s worth a read to know these traps to avoid falling in them this holiday season.

A couple of these eight diet busters, for example:

-The person who oversentimentalizes the meaning of food. Just because it’s three days until Hanukah doesn’t mean the holiday won’t mean a thing if you skip your not even Jewish best friend’s yearly traditional three-days-before-Hanukah feast. Likewise, a birthday doesn’t have to equal cake, especially at work. As Cracked puts it: “The problem is that the 40 people in your department at work might have birthdays up to 40 times a year.”

-The overly spontaneous. Yeah, probably your most fun friend — the one who instantly wrecks your well-laid plans to attend to dance class followed by a light dinner of brown rice and vegetables, with an amazing last minute offer to attend an exclusive dinner party for free.

Who are the diet killers in your life? 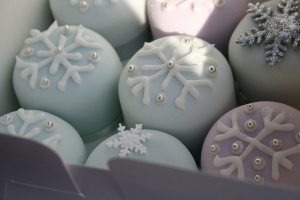 Looking for a few tools to keep your intentions of not gaining a pound this season intact? Here are some helpful deals:

-52% off slimming shapewear shorts (Lipo in a Box)

-50% off VitaMuffins and VitaTops, splendid treats that don’t pack the calories

-75% off a month of unlimited boot camp in San Francisco; 80% in Chicago; 89% off unlimited fitness in Boston

The days are getting longer and colder, and I’ve noticed my usually-chipper Twitter stream is suddenly clogged with the gripes, grumbles, and vacation pinings of the people I follow. Yup, it’s that’s time of year when suddenly lots of people need a little pick-me-up.

It’s timely, then, that today is the middle of the five-day celebration of Diwali, the Hindu “festival of lights.” A celebration rich with good-triumphs-over-evil symbolism, all over the world families celebrate by breaking out new clothes, having a fancy meal, and generally celebrating togetherness. (See some beautiful Diwali photos here.) Diwali fireworks over Mumbai. Photo by Ashwin John via Flickr

A typically Indian affair, Diwali celebrations are spreading to the States, too. President Obama is the first US president officially to recognize and celebrate the holiday;  digital marketing king Seth Godin is also commemorating the festival to push a positivity. I’m personally in favor of an event this time of year that’s bright, colorful, and involving food. To get you into the spirit for some Diwali-celebrating this weekend, here are a few India-related kgbdeals: